The ALL D Training Camp was set to kick off at 10:00 a.m. on Saturday morning at G C Foster College for Sport in St. Catherine. There would be two sessions daily with meals provided three times per day. On arrival at GC, I settled into the designated coaches’ quarters and awaited the arrival of St. Elizabeth Technical football Coach Wendell Downswell and Team manager Mike Ollivierre, also of STETHS.

As time approached to start the first session there was neither Downswell nor Ollivierre in sight. I felt a bit of anxiety and wondered what I had really gotten involved into…after all, the All daCosta team were the Defending Champions. There was ‘something to defend’. I proceeded to get the Camp started with the roughly twenty -odd players who had made themselves available with the value of Psychological AND Physical preparation… for a most significant match to be played one week from the day.

Within the first hour of training I realized that this was the first time in my coaching in Jamaica that I encountered so many players who were technically and tactically advanced. The morning session was brisk and competitive. The lunch break revealed the high quality nutritional input by the College, and as the days progressed, it was the steady supplies of the kitchen that brought calm to the camp. No one could “eat out the kitchen”. The evening session was more combative as my drills and small-sided games brought each player to the top of their game. I looked forward to seeing Downswell and Ollivierre in the morning giving them the benefit of the doubt as it related to travelling. I also looked forward to the morning session as the technical level and motivation of players was infectious.

Sunday morning began with another healthy breakfast and a competitive training session. Still no sight of my assistant or manager. At the lunch break, I got wind that coach Downswell who was still in the player-mode was at the Reno FC match and would appear on Monday morning. I assumed that Ollivierre would also appear. With time seemingly drifting closer to the first and only practice match scheduled against Humble Lions FC of Clarendon on the Wednesday, I could not wait until the arrival of Downswell to introduce a system and style of play to the players.

The Sunday evening training session was keen and exciting as players battled to impose their talents in full – field play leaving me quite pleased with the level of play demonstrated by both teams. I realized that this would be a very difficult team to select but assumed that it should be less difficult with the inputs of coach Downswell and manager Ollivierre. There would be a rather dramatic turn of events come the Monday morning with the arrival of the ‘western contingent’

The texture of the training camp changed dramatically with the arrival of the bulk of the Da Costa Cup champions Ruseas led by the most feared defender in school boy football Marvin ‘Hagler’, the ultra-fit Steve ‘Shorty’ Malcolm , the perceptive Hector Wright (Herbert Morrison), goal keeper Warren Barrett
(Cornwall), and a host of western players. The camp immediately became a “battle-field” – and by the end of the morning session…it was evident that many players who had “impressed” on Saturday and Sunday were put into retreat.

The Russians, led by striker Michael Graham injected a “new level” of energy and aggression that lifted the All-D squad to a real ‘national level’. I always considered the All D squad as representing 12 parishes versus the All Manning who represented 2 parishes. I always felt that I had the best collection of the ‘broader nation’. The number of players had grown to 35, the level of aggression stepped up 110%, and Downswell and Ollivierre made their belated appearance. I was really glad to see some support in this venture as the Media had already picked up the ‘buzz’ that surrounded the annual clash between the top school boy players. I hoped that I was not really being set- up for a ‘major footballing disaster’ that would put a serious dent o my reputation. 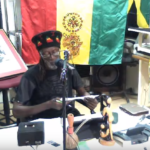 The Powers of Blackskin Pigmentation 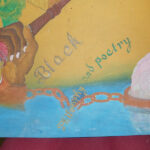 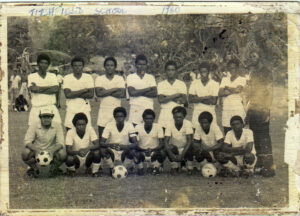 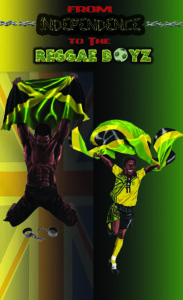 From Emancipation To The Reggae Boyz 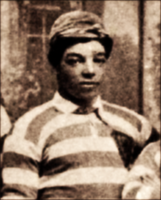